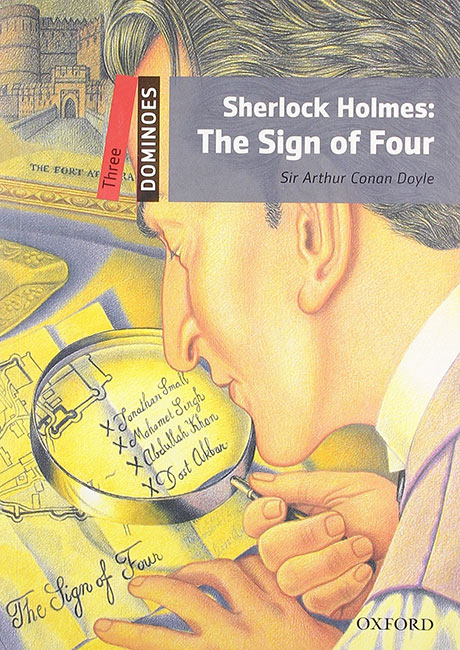 Miss Mary Morstan has a strange story to tell. Since her father disappeared, she has received a large pearl through the post on the same day, every year for six years. Who is sending them? And what about her father’s paper with the words ‘The Sign of Four’ written on it? Holmes alone can solve these mysteries. 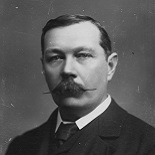 Sir Arthur Conan Doyle was born on May 22nd, 1859 in Scotland and was a writer and medical doctor.

He studied medicine at the University of Edinburgh Medical School from 1876 to 1881 and graduated as Bachelor of Medicine and Master of Surgery (M.B. C.M.). He completed his Doctor of Medicine (M.D.) degree in 1885. While studying, he also wrote short stories.

After experiencing failure in his medical career, he tried to find a publisher for his works. He wrote his first Sherlock Holmes story, A Study in Scarlet, at the age of 27 which was published by Ward Lock & Co a year after. He left Ward Lock & Co after the publish of The Sign of the Four, a sequel to A Study in Scarlet and published his stories in the Strand Magazine thereafter.

He published 10 books, 22 novels, 204 stories and many more. To name a few, Sherlock Holmes Stories, Brigadier Gerard Stories, The Poison Belt, The Great Shadow and The Parasite.